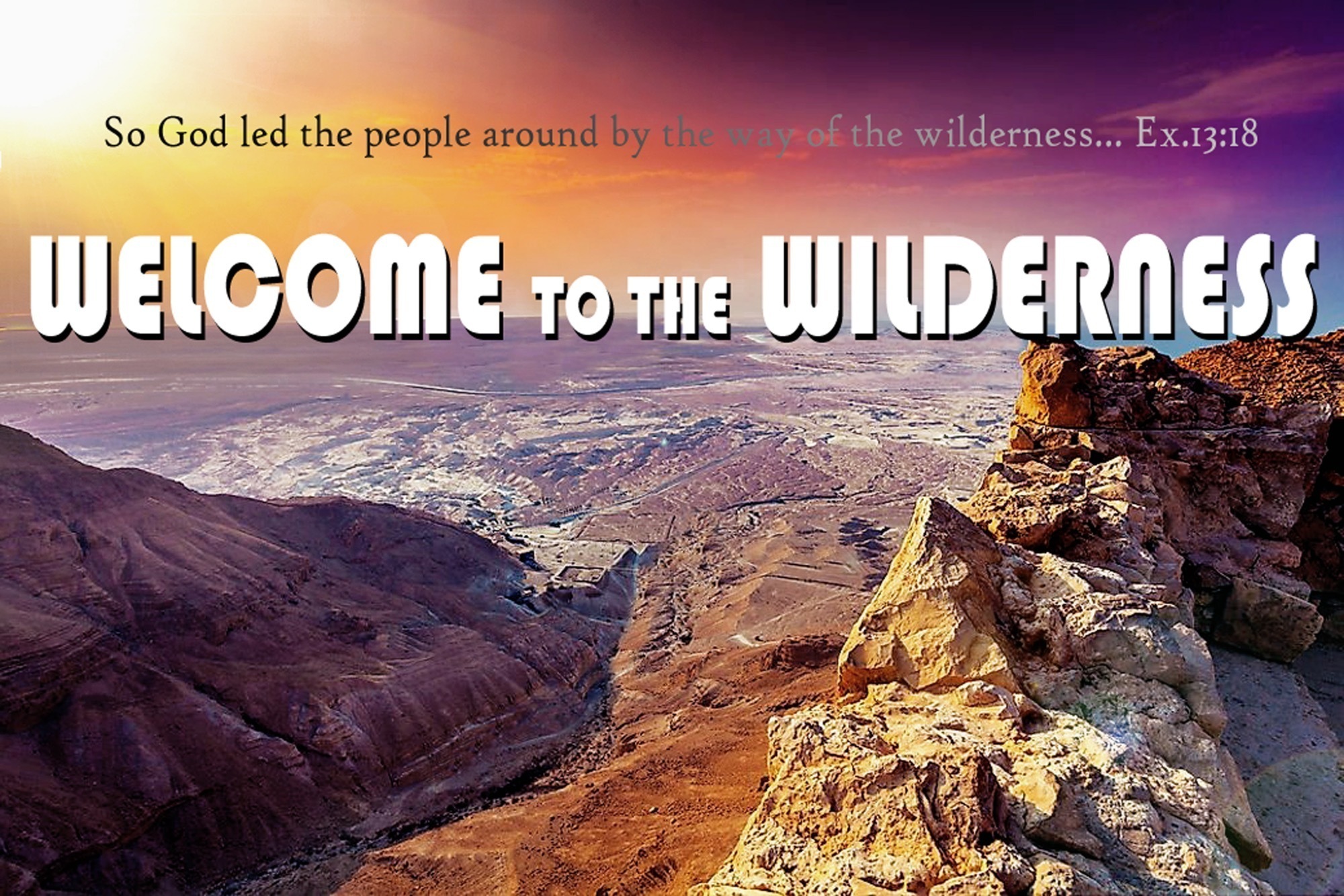 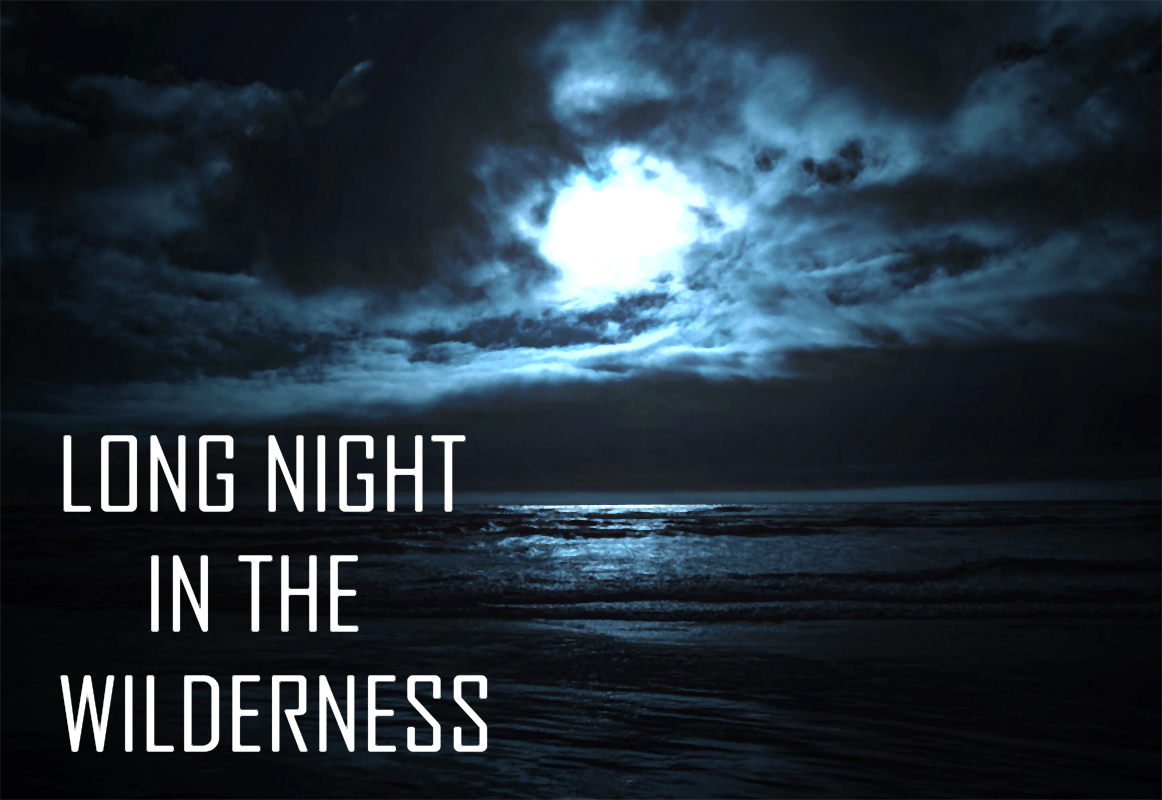 Exodus 14: 19-21 - The angel of God, who had been in front of Israel, moved and went behind them; so the pillar of cloud moved until it was between the Egyptians and the Israelites. There the cloud remained even in the darkness, illuminating the night, so that neither side came near throughout the night. Then Moses stretched out his hand over the sea, and all that night the Lord drove the sea back with a strong east wind...

Some of the most delightful moments of my life have been found in the stillness and peace of an Algonquin night - the haunting sound of a loon, a crackling fire, a moon-lit lake, a sky adorned with countless stars, but for all of the enchanting serenity offered by a twilight experience in the Muskokan backcountry, there have also been other experiences … far less pleasant, far less tranquil evenings. There have been nights when it seems as if all the violence of nature is unleashed at once; when the darkness is pierced, not by the gentle call of a loon, but with the sounds of wilderness fury – tree limbs breaking, waves crashing, rain pulsing, thunder roaring, wind howling. These are moments when neither sleep nor comfort can be found; these are tear-filled moments when the only solace for a cold and frightened child comes from his father’s reassuring words - “I’m with you. We’ll make it through this night together… morning will soon be here.”

The escape of God’s people from the Egyptians, through the parting of the Red Sea, is no doubt familiar to many of us, but as the account of Israel’s escape from Egypt continues through Exodus 14, there is a small detail that may often get lost in our reading of the narrative – the whole episode unfolds throughout the night.

We may often fail to fully capture just how horribly frightening and chaotic the experience actually would have been for Israel, as a couple million people are hopelessly trapped between the Egyptian army and a watery grave. It really is a dreadful scene… these aren’t soldiers, these aren’t trained desert survivalists… these are terrified parents clutching their toddlers, these are elderly grandparents just trying to keep their wits about them.

Israel's predicament would have been frightening enough to endure in the daylight, but the tension must have risen to a whole new level as it continues to drag on through the long, dark hours of the night. Was there absolutely no alternate way for God to rescue His people... perhaps a way in which Israel would not have had to endure such an intense night in the wilderness? After all, we’re not only talking about the same God who just brought about the 10 plagues, this is the same God who brought the entire cosmos into being, simply by the creative power of His word… the God of unlimited, inscrutable might and potency. In fact, before Scottie ever ‘beamed down’ Captain Kirk from the transporter room of the USS Enterprise, we know that God was miraculously teleporting Philip around the Middle East (Acts 8:39). Could God not have just quickly ‘beamed’ His people to the other side of the Red Sea, sparing them from all the night-time drama? Surely, God could have arranged for things to unfold in an unlimited number of different ways, but He intentionally chose to protract the escape of His people… through the unnerving wilderness night.

Challenges with a job or school assignment, an argument with your spouse, being under the weather - everyday life in the wilderness can often test our faith, but it’s those long, dark nights that can be most overwhelming – the critical diagnosis, the job loss, a marriage in turmoil, a crushing betrayal, the loss of a loved one - if we could evade every one of those wilderness nights, we would. But, as much as we would choose to simply be ‘beamed’ out of those dark adversities, God has chosen to use those particularly volatile nights in the wilderness to deepen our dependence and refine our faith in Him… to allow us to know and experience His steadfast, unrelenting comfort and love for us.

It was in the distress and darkness of that harrowing midnight hour in Egypt, that the Destroyer struck the firstborn and God initiated the freedom of His people (Ex.12:29). Now again, at the outset of their wilderness journey, God’s people endure another terrifying night, but it was through that night, on the shores of the Red Sea, that God’s people experienced not just the guiding presence of the Lord, but His protecting presence as well. God works through the dark night, vividly revealing Himself as Mighty Warrior and Defender, defeating the captor and tormentor of His people... and as darkness finally recedes, and dawn eventually breaks, Israel stands on the far side of the sea in morning’s first light… God’s faithful protection undeniably evident to His people (Ex.14:27).

When the intense hardship of a dark night in the wilderness overtakes us, it can be easy to shrink back and lose hope... “Yet hope returns when we remember this one thing: The Lord’s unfailing love and mercy still continues; fresh as the morning, as sure as the sunrise... Great is His faithfulness.” (Lam.3:21-23 - GNT). The moon that looked down over that terrifying night at the Red Sea is still the same moon that hangs in our night sky, and the God that brought Israel through that night is the same God that will bring us through our stormy night in the wilderness… the same God, with the same steadfast compassion and care for His people… the same Father who faithfully continues to reassure His children, “I am with you. We’ll make it through this night together… morning will soon be here.”